An Aussie on the US – Kevin Klehr guest blogs here today

I’m beginning to see how clever it is to turn your blog over to friends every now and again, and invite them along to do a post for you. All the enchantment and enjoyment of reading a good blog post done for you, in this case by Kevin Klehr, a fellow writer at Wilde City. I’m delighted that Kevin agreed to come along to talk about his first trip to the US, the cultural disconnect that hits all travellers (and yes, I sympathise there!) and how that’s shaped his latest release, Nate And The New Yorker. Over to Kevin…

AN AUSTRALIAN IN THE US
Kevin Klehr

I’ve been blessed by the god of travel, and during those journeys I have stepped on American soil three times.

My first visit was at the tail end of last century, where entering LA airport was like walking onto the Holodeck from Star Trek. You see, a yellow cab or a black and white police car, or even the design of a US security uniform, are only ever seen as elements of Hollywood art design. Your mind associates them with works of fiction.

So it was hard to take this airport as real. I expected the guards to have fake guns and for the windows to suddenly smash as a stuntman dived through. It was one big movie set on display for visitors to America.

During that trip I decided to cook for friends we were staying with in Olympia. Going to the supermarket was a case of ‘you say tomay-to, I say toma-toe’. Fortunately, I had a very helpful staff member translate my shopping list.

Slowly we worked out that my chilli con carne recipe was simply called a bowl of chilli by the locals. A capsicum was a bell pepper. But then that chilli word became a problem again. Explaining minced chilli became fruitless to my confused shop assistant. Finally I found what I was after. A tube of minced peppers. Ironically that tube came from down-under and was labelled minced chilli.

It’s small stuff like this that made me want to write a tale of a relationship between an American and an Australian. To explore those odd mismatches you stumble on when you bring characters from those two cultures together.

Like me, my Australian character, Nathan, believes an entrée is an appetizer. Like me, Nate can’t think in Fahrenheit. He’s also someone who jumps into the passenger seat in a taxi, so he can enjoy conversation with the driver face to face. And he’s someone who has to remember that the price of an item in a shop is not the final price of that item at the cash register.

We learn to change into ‘America mode’ when visiting the land where zed is pronounced zee and chips are French fries. Where when you shop for fabric to bring back home, you recall that a yard is the same length as a long playing record.

During one of our travels we took the plunge and hired a car, getting used to sitting in the wrong seat to drive on the opposite side of the road. All was okay when we were following traffic. It was when we were at the front of the pack about to turn into a street, that we had to fight our natural inclination to move to the left. Often it was a case of checking which way the parked cars were facing to guide us to the correct side of the road. Our fear of a head-on collision was averted many times. And, naturally, we chose the kilometre option on the GPS.

On my first visit I needed to use directory assistance from a payphone, and the operator asked me to place a dime in the slot. When I asked which currency was a dime, he told me which president was on the coin instead of simply telling me it was ten cents, making me none-the-wiser.

It’s these weird twists that you remember about travelling. About your first impression of New York where you feel you’ve entered a large scale version of Sesame Street. About tasting biscuits and gravy and knowing you never want to eat them again. About remembering not to visit the Empire State Building on a foggy day. About the weather turning cold at Christmas.

Of course there are some major differences when taking in the American way of life, but these don’t touch a reader when throwing an Australian into the New York landscape. My character Nate is negotiating all these minor changes to his life on top of a relationship. And fortunately I have those experiences to help guide him. 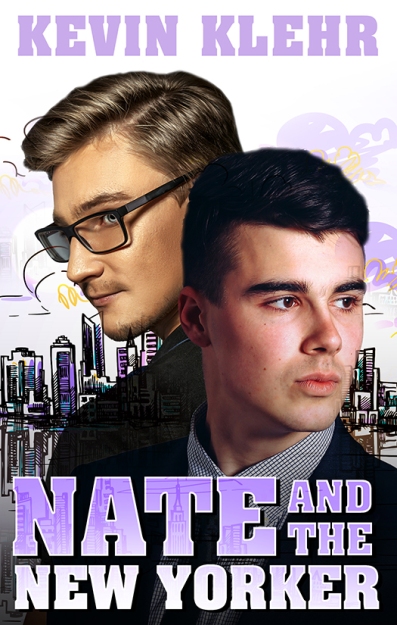 Cameron has it all. He’s rich, lives in Manhattan, and even has a cross-dressing butler. But then he meets Nate, an Australian who’s bitter about love. Cameron is determined to turn this realist into a dreamer by sharing his world of classy restaurants, Broadway shows and fabulous parties. And while Nate’s friends see the makings of a fantasy romance, it’s Nate who has to learn that in order to open his heart, he has to face a painful secret.

Coming to an Amazon near you shortly!

Kevin lives with his long-term partner in their humble apartment (affectionately named Sabrina), in Australia’s own ‘Emerald City,’ Sydney.

From an early age Kevin had a passion for writing, jotting down stories and plays until it came time to confront puberty. After dealing with pimple creams and facial hair, Kevin didn’t pick up a pen again until he was in his thirties.

His handwritten manuscript was being committed to paper when his social circumstances changed, giving him no time to write. Concerned, his partner, Warren, snuck the notebook out to a friend who in turn came back and demanded Kevin finish his novel. It wasn’t long before Kevin’s active imagination was let loose again.