Okay, it’s an awful pun, but it seems to me that independence and finding oneself and finding happiness are themes of K. Lynn’s new novella, Coffee Date.  I’m delighted K. Lynn’s here on the blog today to tell us more about it. 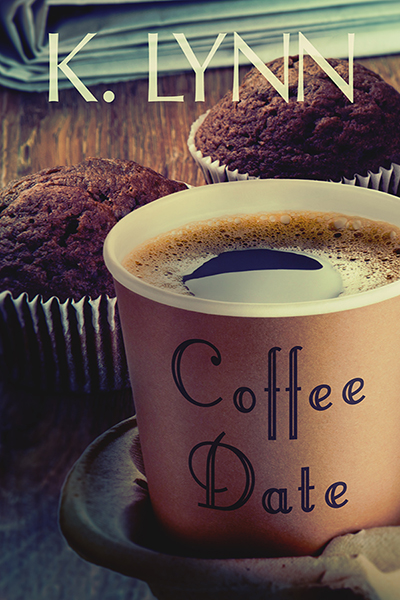 Alice is finally happy with her body and her life—except for the part where revealing she’s trans winds up leaving her hurt and abandoned over and over again. She’s decided she’s done making herself miserable by looking for love.

Love finds her anyway, in the form of Hank, the new guy at her local coffee shop. He’s sweet, friendly, charming… and will probably turn out like all the rest. Determined not to shatter the fantasy and lose him before she has to, Alice holds fast to her secrets.

But if the truth doesn’t ruin everything, the lies will, and it seems no matter which choice she makes Alice is set for just one more heartache.

Coffee Date is a 12,000 word contemporary transgender novella that explores Alice’s struggle to find acceptance, and possibly love, in a world that has not been kind to her on either front.

Alice danced around in front of the mirror, trying to reach back far enough to pull up the zipper on her dress. She didn’t know why she kept the damn thing, considering it was always a hassle to get it on. Finally, she managed to snag the metal tag and bring it up. Tugging on the material bunched at her sides, she took a look at herself in the mirror. Her hair had suffered for her acrobatics, so she ran her fingers through it to put the escaped strands back in place, but otherwise she was fine. And she was running twenty minutes ahead of schedule. Maybe she would actually make it to work on time for once.

She was so close to being out the door, her hand was on the door handle and everything, when the phone rang. Alice briefly considered not answering it. No one needed her at eight o’clock in the morning; it was probably a telemarketer or something. Seriously, she should just leave. But what if something was wrong? And if she ignored it, the worry would just haunt her all day long. Giving a sigh, she snagged the portable phone off the side table and answered.

“Oh, good, you’re home,” Mary said, not bothering with a proper greeting. “I thought you might have left already.”

“I was just heading out and…”

“This’ll be quick, I promise.”

Which meant it would take a while. Alice had learned to decipher Mary’s promises long ago. She sat down on the couch and waited for her best friend to continue.

“Did you get an invitation in the mail yesterday?”

Alice thought about the stack of envelopes that were still sitting on her kitchen table. She’d thrown everything down last night, too tired from work stress to deal with a bunch of bills, figuring she’d just go through it later. 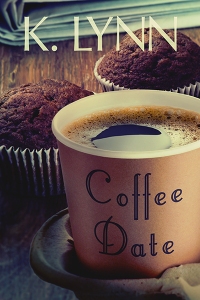 “What kind of invitation?” she asked, already heading to the kitchen. “I haven’t checked.”

“Why don’t you just tell me what I’m looking for? I don’t have time for this.”

She broke off her words when she saw the cream-colored envelope with a return address of her alma mater, which she and Mary had graduated from five years ago. Running her fingers under the seal, she opened it up and saw the stylized card inviting her to attend a reunion of her class. And it was signed with a familiar name.

“I’d rather give him the honor of a foot up his ass,” Alice said, tossing the invitation in the trash in disgust.

Mary busted out a laugh at that. “I think we should go just to fuck with him. Give him a little payback for the misery he caused us.”

“Mostly to me,” Alice said, remembering all the torture Winston had put her through during junior year. She’d started transitioning from Al to Alice and didn’t have an easy time as her features started changing and her emotions ran the gambit from anger to tears. Mary had been her rock, standing beside her and supporting her, but Winston couldn’t get past the freak aspect of what Al was becoming. He took particular delight in calling her every derogatory name he could think of, goading others to take part in the taunts as well.

“I bet he’s still a screw-up,” Mary said. “Probably running his daddy’s car dealership and hitting on anything that moves.”

“Well, I don’t care to find out. I had enough of him and his buddies at the time. I don’t need a repeat.”

“Yeah, well, not for me.” Alice glanced over at the microwave clock and her eyes widened as saw that it read eight forty. “Damn it, how’d it get so late? I’ve got to get to work.”

“Fine, whatever,” Alice said, gathering up her lunch one-handed. She stuffed it into her purse and headed back to the living room. “I’ll see you tonight?”

“Reservations are at seven. Talk to you then.”

“Later.” Alice thumbed the off button and replaced the receiver on its dock. Having left no time for breakfast, she hoped the line at Cafe Connection wasn’t too long as she headed out.

As luck would have it, there were only two people in front of her when she stopped at the coffee shop. When the place opened just a block from her building last year, she was wary of its sustainability. The small shops often started off with high hopes, but soon collapsed under the economic pressures of having to compete against the larger chains. Cafe Connection, however, had stayed put and even started gaining customers from its larger competitors when word got out about how wonderful their products were. Alice had to admit she had fallen hard for the place and was now known as a regular, stopping in for a cup of coffee on her way to work every morning. Well, when she could spare the time, at least.

The line to the counter started moving again and she dug into her purse for her wallet. Hopefully she had enough cash for an item from the bakery to go along with her drink. The phone call with Mary had put her behind and she didn’t know if she could survive the morning with no food. Plus, it was Tuesday, which meant there were fresh-baked apple cinnamon muffins available. She could already smell them, and her stomach grumbled at the temptation.

“The usual,” Alice said, not looking up. Instead, she continued counting through her change, trying to scrape up enough for her muffin. She really should have gone to the bank yesterday, but she forgot. Her debit card had met with an unfortunate accident in the dryer last week, so she was left to nickel and dime her way through her morning routine.

“I don’t know what the usual is,” a male voice said, causing her to glance up.

She knew everyone that worked here, at least by sight, and the man in front of her was definitely not someone she recognized. He was tall, but built solid with muscle, and would have looked more at home in a gym than behind the counter of a coffee shop.

“Who are you?” she asked, still jarred by the change in her routine. She shook her head once she realized what she’d said. “I’m sorry, that was rude.”

You can purchase is from Less Than Three, Amazon, or any online retailer.

K. Lynn has been an avid reader and writer since childhood. While in college, K. Lynn increased her involvement in LGBT issues and writing within the LGBT fiction genre. She has

become a long-time fan of the authors that seek to explore the commonality that exists within all sexualities and genders. Most of K. Lynn’s work features LGBT characters, many of whom are in established relationships and show how love perseveres through every trial and tribulation that life holds. She also has a particular interest in seeing transgender characters gain a larger foothold within the LGBT fiction genre, hoping that the market for these works expand in the future.