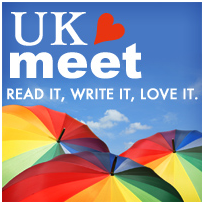 annual UK LGBTQ Writers meet held in Bristol in September. As always, the Meet was mega and a really good time was had by all. Well, by most. That may have something to do with the Butlers In The Buff who appeared at the gala dinner to help serve dessert.  Excuse me for a moment while I gaze idly into space with a small smile playing evocatively on my lips. Oh my. Those Butlers.

Well. Back to the programme…

I thought I’d  share the article here. I don’t think I said anything either earth shattering or terribly original, but it’s the first time that Anna Butler, author, has been asked to do contribute an article to *anything*, and the occasion shouldn’t pass unnoticed.

Samuel Taylor Coleridge got it wrong when he invented the phrase “willing suspension of disbelief”. Really wrong. Because good world building is about creating something so compelling that your readers don’t suspend disbelief, they believe in it.

George Martin said of college students and hippies hanging up Lord of the Rings posters in the 70s: “It wasn’t the book covers or some artist’s conception of Frodo that went on our walls. It was the map of Middle-earth.”

What they cared about, what touched them the most and fired their imaginations, was the gloriously detailed world Tolkien created. Tolkien understood so well that world building means cataloguing that world’s history, geography, languages, religions, economy; its weather, its societies, its peoples; its plants, its animals; its power sources, its industries, its food and drink. It’s about telling details. While you can argue after the umpteenth Treebeard song that maybe Tolkien sometimes didn’t quite know where to stop, what we want to emulate is the way he allowed the details to seep naturally into the narrative. Singing with large trees is just part and parcel of living that world. Something unremarkable.

That’s what we have to achieve. We have to let the details sink into the background so unobtrusively that the reader doesn’t see the mechanism at work. They only see the final, polished performance.

I don’t think there’d be much disagreement with the idea that compelling characters operate in an environment that’s dependent on history, society and status, on their function, skills and economic position. They need personality, relationships, emotions, a moral compass, kinks and fetishes…. You name anything that defines you and the world you live in, and your characters need something like that too. You have to create a world for them that is as defined, as clear, as realistic, as ‘liveable’ as the one you’re in.

Where you set your story will have a profound impact on the characters you’re writing about. It will shape what they do, how they behave, how they relate to others, the rhythm and pattern of their speech, and even what kind of language they (and you) will use.

Obviously, in writing something in 21st century Earth, much of that is understood by the reader without a writer having to spell it out. But not all of it. No writer is off the hook on world building because they’re setting their story here and now.

London isn’t Bristol, or New York, or Boston or Seattle or Tokyo or Moscow. Unless the story is to be set in Anywhere-It-Doesn’t-Matter-Where, Earth (and how boring would that be?) you still have some ‘spirit of place’ to establish. You’ll have to make sure the local culture comes across; that whatever makes Boston recognisable as Boston, say, is clear and your setting isn’t just some indistinguishable AnyCity; that you capture the differences in the behaviour and speech of a gay man in Moscow compared to London or New York or small-town USA. You will have to do some world building. No one escapes it.

Of course, when you’ve done all that, you often can’t—shouldn’t—mustn’t—spell it out in every last detail, but you need to have it there, lurking in the background, if a story is to have any feeling of reality. It’s the little details that you slip into the narrative that show you’ve created a believable world.

Can you over-do this? Hell, yes. You don’t want to spend all your time on writing this stuff and never getting a word of your story down. But if you get it right, you can see just how rich it can be, and how it can add such depth to your characters and your writing that your reader will find themselves submerged and, most of all, engaged. They’ll care about the characters and their world. They’ll connect.

Toy theatres were the Victorians’ Xboxes. Everyone wanted one, to recreate famous plays or to stage their own. There was a big industry selling sheets of printed backdrops and cut-out characters for a penny for plain sheets, twopence for hand-coloured ones. 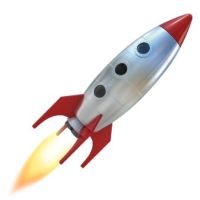