You know, I actually missed doing this last month. Perhaps the word of the month ought to be “masochist” rather than…

Seeking Our Reflections in Writing: The Diversity Within – I’m putting this article by Porter Anderson at Writer Unboxed right at the top of this month’s collection because it is thoughtful and thought provoking. (I am reminded of the time, at a large work conference, I was told that one particular work site didn’t need to worry about a diversity policy because they had no one of colour working at the site. Their subsequent evisceration was deeply satisfying.) Do go and read this. It’s the most challenging article I read all month.

Never Read a Romance Novel? Grow Up – Kristan Higgens at Publisher’s Weekly.  “Instead of defending romance books to those who’ve never read one, I’d like to say this instead: grow up. The categorical dismissal of the most-read genre in the world reveals ignorance, not intellectual superiority. This is a billion-dollar industry, and it’s not built on vapidity and cliché.” An older, but great, post, and the slapdown to a snobby ‘literature writer’ recounted in the first lot of comments is *masterly*.

It Isn’t Just Your Story Anymore: Authors, Reviewers, and the Power of Ink – a rather

convoluted internet trail brought me back last week to this old post by Heidi Cullinan. I remember reading it when I first started out, smarting over a bad review and absorbing its good advice. But it’s still very relevant: authors continue to behave as though anything less than a five star review is a personal assault. Heidi brings some much needed good sense to a debate that’s made more comebacks than Sinatra.

The Ugly Truth of Publishing & How BEST to Support Writers, it’s follow-up post Pay the Writer Part 2—Blood Diamonds & Fair Trade Fiction and a third, exasperated instalment Why the Fighting? What World are We Creating for Future Readers & Writers? Kristen Lamb made an insightful and solid post about the state of publishing and how authors are not all making a mint of money, and got a lot of criticism for it. Really? People don’t think authors should get fairly recompensed for their work? Pfft.

The Truth About Harnessing Creativity – Alex Limburg gets about a bit (see link below on body language and dialogue. Here he guests at Kristen Lamb’s blog.

11 Tricks and Mythbusters of Writing – Renee Rosen at The Writer’s Dig with some sage advice.

Your 2016 Authorial Mandate Is Here: Be The Writer That You Are, Not The Writer Other People Want You To Be – Fairly self explanatory! Chuck’s response to a critic trying to dictate how Chuck should write. It’s Chuck. It’s profane. But this? This is right: “Know who you are. Learn your process. Find your way. And don’t let anyone else define who you are as a creator, as an artist, as a writing writer who motherfucking writes.”

Self-Care For Writers: Some Tips! – Very good post on keeping yourself well and sane. And someone who has clean dongles and waxed widgets.

Five Storytelling Lessons From The Force Awakens – good stuff, this one. I particularly liked the lesson on world building.

Death Becomes Us –  in a week when we lost both Bowie and the incomparable Alan Rickman, Chuck had this to say: “Live. Make. Love. And then, only then, die.”

Some Thoughts For You Mid-Career Writers Out There – as Chuck notes, most advice is aimed at new or new-ish writers (although I’d argue we shouldn’t stop learning or ever reach the place where we think we know it all and these sorts of discussions can’t teach us anything) but here he has some great points to think about. Actually, think about them no matter what stage your career is at.

25 More Hard Truths About Writing And Publishing  – classic Chuck post. “As always: go forth and art harder, little penmonkey. Because really, what else can you do?”

Is Backstory Killing Your Book’s Plot? Here’s How to Fix It – CS Lakin at The Write Life on how to learn to trust your characters to get across what the story needs without loads of guffy exposition. “None of your characters should talk like the narrator.” I should tell Bennet that…

The #1 Problem With Backstory (and Its Simple Fix) – a similar post from K M Weiland.

How to Narrate a Riveting Fight Scene – Chris Winkle at Mythcreants with some excellent advice on how to make your conflicts count.

How to Write Realistic Fight Scenes – it must be the month for conflicts. Post by A J Scudiere at K M  Weiland’s blog with some interesting points that had never occurred to me.

Matriarchies, Patriarchies, and Beyond – Mike Hernandez at Mythcreants on world building, and how differently-based societies might work. Obviously this isn’t in huge depth—that would be a book or two—but enough there to get you thinking.

Six Tricks for Memorable Character Moments  -Chris Winkle at Mythcreants again. I can’t stress how useful this site is to writers. There are half-a-dozen that I wouldn’t be without, and this is one of them.

How to Subtly Boost Your Dialogue’s Power With Body Language – Alex Limburg guesting at the Fiction University, on different ways of adding layers to dialogue.

A World-building Puzzler – absolutely fascinating post and discussion at Charles Stross’s blog, when he’s set a challenge to think about the level of technology a society can reach when no written language exists. Some of the suggestions in the comments are awesome sauce: “I am thinking that language will split into dialects and then separate languages based on subject area … The Shipbuilding language derives from a creole of Metalworking and Carpentry, and Sailing is a distant dialect of it.” Awesome. There are a few more comments at The Passive Voice

Is Your Description Helping Your Story or Holding it Back? – Janice Hardy at the Fiction University, with a neat article on how to liven up description by tying it to the POV character.

Avoid Creating Zombie Characters – Kathryn Lilley at The Kill Zone on those minor secondary (or tertiary!) characters who disappear out of the story for long periods of time. This one made me groan, because of course, Shield is a big book with a big cast of smaller characters, some of whom have disappeared for whole books before they come back. Sigh. Memo to self: write smaller next time.

5 Ways to Tell if a Subplot is Leading You Astray and a second post Three Things “The Intern” Can Teach Us About Keeping Our Story Promise – Janice Hardy at the Fiction University on a topic dear to my heart right now. (Kicks at Shield in annoyance at the political shenanigans that are taking it over). Focus, keep the story ‘promise’ and don’t let the subplots take over the asylum.

How to Choose the RIGHT Tense for Your Novel – Joe Bunting at The Write Practice with some practical advice and examples on the value of past and present tenses.

Who Are You Trying To Delight? – James Scott Bell at The Kill Zone, reminding us that we aren’t really writing for ourselves.

Nail That First Line! – Laura Drake at Writers In The Storm, on how to grab the reader from that opening line.

The “Why?” Behind the Inevitability of Story Structure – Larry Brooks at StoryFix with a cogent and well argued post on why “Just write” is bad advice.

Dirty Little Secrets About the Story Development Process – Larry Brooks at the Kill Zone (gets about a bit, this guy). Brooks is a little weary of the panster vs planner debate, but this is a good post and worth reading if you’re struggling to find your own way to write – and hint, hint, Annie’s view is that you have to find your own way, and interesting as the perennial debate is, don’t let it hamstring you.

How to Abandon Your Outline to Improve Your Story – a parallel offering from Steven James at Writer Unboxed.

The Organized Writer: Making a Production and Marketing Bible – Angela Quarles at the Fiction University. I’m putting this here because it’s organising stuff, not tips on marketing. I am going to do this, tootsweet. Am kicking myself over why I didn’t think of this for myself, long ago.

Building a Relationship with Readers – Ron Vitale at Veronica Sicoe’s blog to talk about mailing lists. Very apposite for those of us trying to build up newsletters etc.

9 Habits You Need For Social Media Success – Amanda Patterson at Writers Write on that vieux chapeau topic of how writers need to use social media. 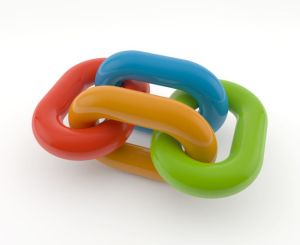 Selling Books in the Digital Age—We ALL Have an Image Problem & Here’s What To Do – Kristen Lamb with a delightful picture of a pig in a tiara. I’m a little torn about this article. Lamb has a little diatribe about how self-publishing has muddied the waters around what it means to be published before launching into reasons why authors need brands and ‘platforms’, and blogging is the way to do that.

Building a Dream Team Part 1 and Part 2 – Casey Herringshaw at The Writer’s Alley. Dream Teams, or Street Teams, are the people who run about social media telling everyone else about how great you are. Any volunteers?

99 Ways To Spread The Word About A Book You Love – this is a serious test of friendship, people. Any friend who’ll do even a tenth of this for you should be prized above rubies. Well, maybe garnets—the red ones, not the green ones. Or, you know, sent for counselling. Because no writer should expect their friends to do their work for them and I find it hard to take this one seriously.

Ten Things I Learned About Publishing in 2015 – author Elizabeth Hunter on her experience of writing and publishing.

150 Resources to Help You Write Better, Faster, and More Persuasively

Writers’ Knowledge Base – a searchable database of links and articles and all sorts of good things.

Prescription For Murder – James J Murray’s blog that’s a mix of the sort of interesting thing a murder writer must know (poisons, for example) and writing skills.

Residencies for Writers in 2016

10 Places to Find Awesome Free Stock Photos for Your Blog

That’s it for January.  Enjoy the links! 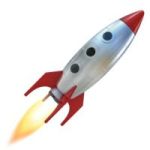